We won't be meeting this week due to a scheduled fight night at Mulligan's pub.
See you all on May 3rd!
Posted by Unknown at 7:09 AM 1 comment:

A medium turn out so far.

So Far There Are 9 People Tonight.

Hope To See More Tonight Or Next Week! 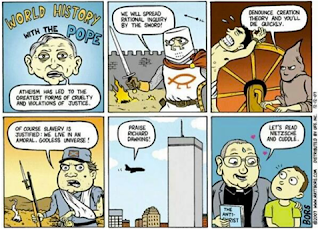 We Are Still Active!

We haven't posted on here for awhile due to members moving and lack of time. But we are still active!

This is a restaurant so all ages are welcome!
(But we do tend to attract a 25yr-50yr age group.)

Ok, Been a while since anyone's posted here but found this, made me laugh, and since the vast majority of humanity is pissing me off i figured i would share the laughs rather than move to a shack in the woods plotting the downfall of civilization.

How To Spot A Scam

I am currently looking for a new job. With the search comes some standard scams, one of which I will illustrate below. I have received quite a few but I decided to post this one because it was subtle and fairly well composed. My comments will be inserted within brackets.

How are you Brian it is wonderful to hear from you.

[This is better than most already. Though the e-mail is in English and spelled correctly, it is grammatically incorrect.]

I appreciate you e-mailing us. In case the posting was not clear, the responsibilities of this position are as follows: you will be answering the phone and taking messages whenever applicable, you will be scheduling the company meetings, and running errands for the company for things such as purchasing supplies and making bank deposits (you will be provided with a company car). While you are running errands, you will also be given one of our company credit card(s)

for all business purchases.

[I admit, at this point I was cautiously excited. If this job were real, I think I might like it. Considering I had applied for a simple customer service job though, I was a bit suspicious.]

qualified for our job opening, and more so than the other 16 applicants we received applications from.

[Here was my first real red flag. I'm better than the other 16 applicants? That's awfully specific.]

I would like to take the next step with you. However, before I am able to schedule a formal meeting, my company will require that you acquire a recent (past 14-21 business days) credit report.

[Any real company will likely require a credit report. But they always have the ability to do it on their own. They also require forms to be filled out by the applicant to prove informed consent.]

We started this because our company had some bad incidents with prior employees taking advantage of having access to a company credit card.

[A credit and background check would be normal here, but a real employer wouldn't need to qualify the request.]

Both myself and the company

will prefer it that you use http://bit.ly/gzZhso

[A URL shortener is a bad sign. Don't follow that link. I did in a sandbox and found the URL goes through several domains before resolving to a (possibly) real credit reporting agency. Again, you wouldn't need to do this. And you should never follow a shortened URL in this kind of e-mail, it's unprofessional at best, duplicitous at worst.]

to acquire your check as they are offering the check at zero cost to you (unlike other places). We also discovered that their scores always report back the most factual and accurate information.

[I didn't check to see if this credit reporting agency was real. If they are trying to get personal information a real one would work. Based upon the multiple domains and the fact that this is a clear scam, I have doubts....]

Once you submit all of the required information, they will show your personal report. Then, you need to email me the reported credit score, a phone number that you can be easily reached, and your availability schedule to arrange an interview.

I ask you to not email me the entire report, as it will have private content. If you have a lower than expected credit score, it will never prevent you from a position with us. I had a fairly low score whenever I started.

[This is interesting. These guys are smart, they expect me to be suspicious. What are they really after? If not personal information, what? But it still sounds like a scam....]

If you do not want to complete a recent credit check, unfortunately the company will require that I contact the second choice.

[A time limit like this isn't unsurprising in a case like this, but the wording just strikes me as fishy.]

Personally, I am hoping to fill this position with a new friendly face and am looking forward to your quick response.

Have a fantastic Thursday,

Below is the response I sent. Before you say I was too hasty, I did a search for both the body of the e-mail and the name "Lois Freeman" in Google. It didn't take very long to discover that this is a mass e-mail sent all over the country. Since personal information is (at this stage, at least) unnecessary, I suspect this would have led to either increasingly personal questions as the scammer attempted to gain my trust, or an invitation into a multi-level marketing scheme.

I will not be sending you a credit report or any other information.
Based on the wording of your e-mail, the URL you provided and some
basic research on my part, it seems clear this is a scam and not an
honest job offer. I have taken the liberty of reporting you and your
header information to both Craigslist and to the Federal Trade
Commission. Have a nice day.

I found this "job" on Craigslist. I don't mention that site by name to implicate or admonish them, rather to point out the ease in which scammers can enter into our lives. Craigslist is a very popular site for job hunters, and for good reason. But like any tool it, and those like it across the Internet (and even the Internet itself) can and will host cons. Be careful. The con I posted above was not obvious at all. The scammers get better at this every day.
Posted by Brian Walsh at 3:02 AM 2 comments:

I frequently hear those on the fringe say that while there is no evidence for their claims, they are in good company. Galileo was called a crank in his day, but he was right. By that logic homoeopathy, for example, must be right as well. Let me take a moment to pop that absurd little bubble.

Galileo's public support of heliocentrism was, indeed, harshly criticised by many, as is homeopathy now. But like the wild-eyed incredulous, anti-science alternative medicine movement, Galileo was also maligned mostly by the anti-science lunatic fringe. Scientists generally agreed with him because his arguments had logic, reason, and evidence. Those who rejected him and his ideas were those who rejected, or were afraid of, science. Just like the Alt-Med people. The homeopaths are not in good company. Do the cranks think before they speak? I don't think so either.
Posted by Brian Walsh at 9:42 PM 2 comments: